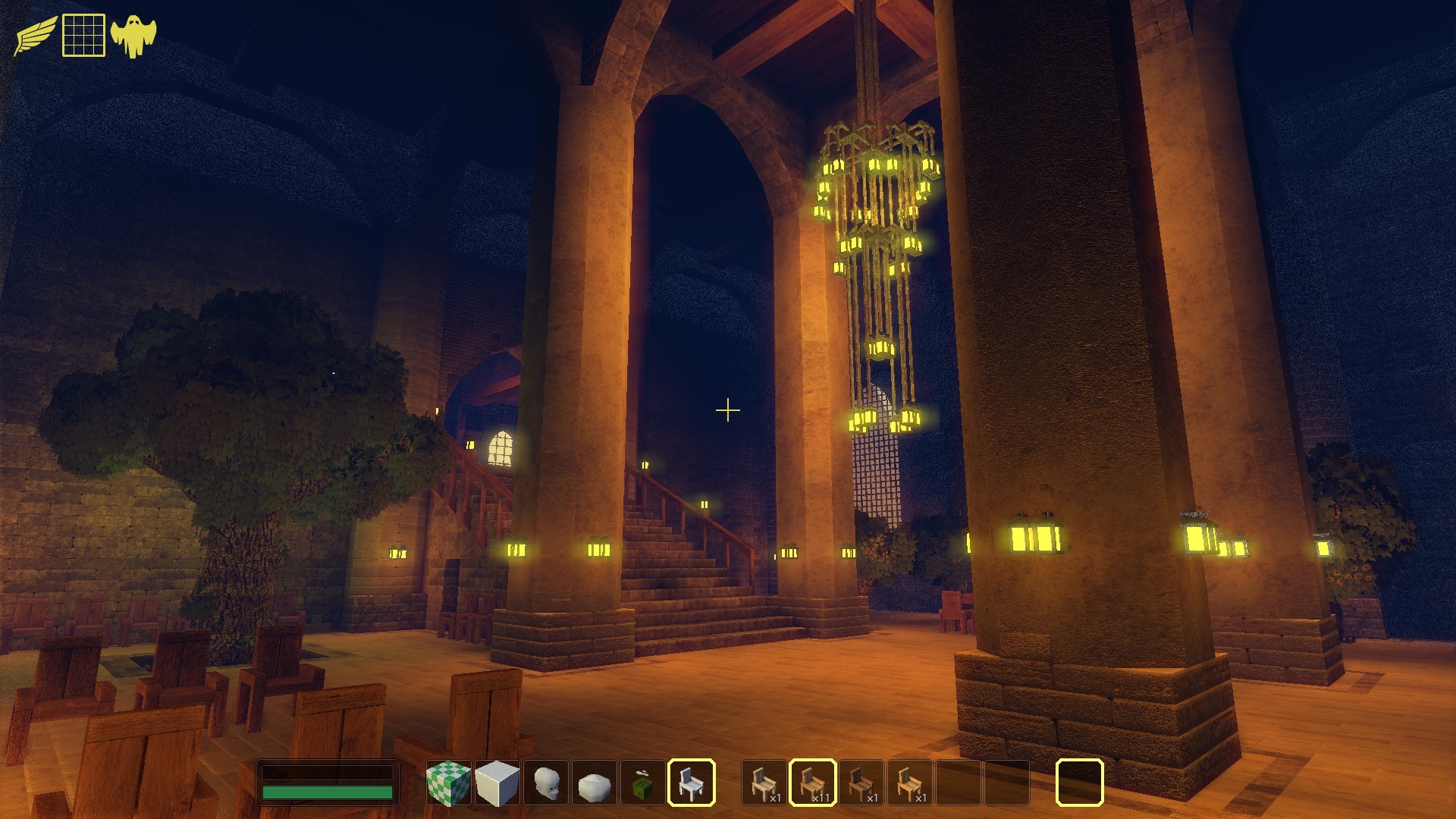 I want you to build big things. Just look at the massive build by Pasta of Muppets in the image above. Look at the detail level in the window and in the giant chandelier. To support that Blockscape needs to be really smart about how to store things. There are lot of things that happens under the surface in realtime when you move around or edit the world:
World map/tree is generated. Voxels are generated, compressed, and stored. Surface mesh is extracted, optimized/compressed and stored. Lighting is computed. Vertex buffers and textures are constructed/generated and uploaded to the GPU. And to speed this up further most of the stuff is executed in parallel on computers with more than 2 cores.
The best optimization though is if you can avoid generatinging/extracting something in the first place and that is why I have spent more time refining some of the modules. Next update will include a functionality that offloads detail in user modified world chunks in a smarter way. It is like a LOD for user modified chunks on top of the already existing world LOD. It is all very complicated under the surface but for you it simply means less memory usage, faster rendering and faster load times so that you can build bigger. :)

Thank you for reading!
Jens
Click here for the source of this article RSS Feed